My classroom is the place where I spend the most time at school. I want it to be an environment that is engaging, inspiring, interesting and interactive. I also want it to be a place where I feel happy and confident. I initially tried to “brighten up” my classroom with a bunch of posters on the walls and computer hardware components on a desk at the front. This worked for a little while. But it was not enough for me.

I still felt that I needed to drastically  re-invent my space without having to get an expensive makeover, which was never going to happen anyway. So, I decided to take what I could find around me, get spare computer parts from anyone and anywhere, and I began building stuff! Yes, stuff! I glued together whatever I could and just went with it….no real planning actually!

Be warned: I am NOT a great DIY guy! I am a glue and ducktape guy! But I did what I could with what I had. 🙂

Step 1 was taking all my posters down…even my nice Excel ones.

Step 2 was getting a fresh coat of paint.

Step 3 was the blue lights above. I later painted cornicing which I placed underneath the lights.

Step 4 was making models and mounting them. Step 5 was placing LED string lights around the top of the classroom to provide nice comfortable lighting and to balance the blue lights. I also added CDs because they looked good!

Step 6 was the continuous creation of materials which I placed wherever I could. The scrollable posters section is pretty cool and very interactive.

Somewhere inbetween the steps I also decorated the door!

I also wanted some sort of interactivity, a level of engagement that one cannot get with simple posters. I have QR codes on hardware devices for scanning, devices that be touched and rotated on the wall and “scrollable” posters! It took a lot of time, a few months actually (5, I think), to do all of this but it was worth it!

I now have a classroom I am happy to teach in as it reflects my passion for my subject.

Yes, it’s a flamingo. Just because.

Before and After comparison photos 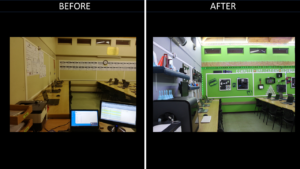 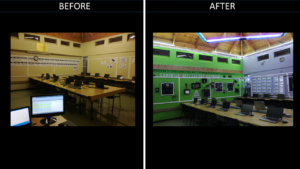 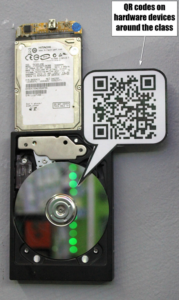 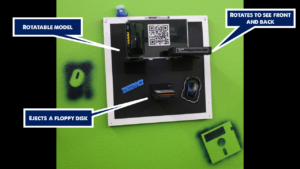 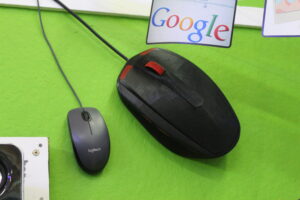 Among the many positive comments I have received, the most common comment always has something to do with time. For example, “Where do you have time?”. I don’t. But I dedicated time to it. I made time. I didn’t want time to be the excuse for not making my class the place I wanted it to be.  I did it, and it was worth it! I am happy in my transformed classroom. 😊